Remember You're a Sex Pistol 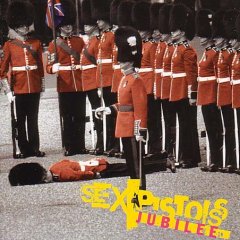 Album, the 1986 record by Public Image Ltd has recently been re-released. Reviewers have referred to its making as ‘one of the most bizarre episodes in [John] Lydon’s extraordinary story’, noting that the singer employed ‘a raft of top-flight session players’, including Ginger Baker, Tony Williams, Steve Vai, Bernard Fowler and Ryuichi Sakamoto. Lydon enjoyed confounding people. He has stated that he ‘needed the support from people like the Ginger Bakers, and to be reminded that people really fucking respected what I was doing’. Their encouragement made him see that he was not ‘an enormous, talentless boring lump’. He also enjoyed the fact that Sting thought that the record ‘was the best album I’ve ever made’. Nevertheless, the public were ‘confused’ by Album and his record company was ‘nonplussed’. Apparently, punk and session musicians are opposites.
But is this really the case? The Ramones provided the template for American punk. Their strongest influences were the girl group records of the early 1960s (which were performed by American session musicians) and the bubblegum pop of the Bay City Rollers (which was recorded by British session musicians). The influence of these predecessors is transparent. The Ramones recorded an album with the girl group producer Phil Spector (who employed session musicians for some of the guitar parts as well as for the strings). Their song ‘Blitzkrieg Bop’ is modelled on the Rollers' ‘Saturday Night’.
The Bay City Rollers also served as Malcolm McLaren’s template for the Sex Pistols. This was true from the launch of the band (prior to hiring Lydon, McLaren drove to Scotland in search of a Rollers-type singer) to the time of their demise (in 1980 he looked back upon the Sex Pistols, saying ‘I was always concerned to make them as much like The Bay City Rollers as possible’).
And we should not forget the Chris Spedding rumours. It has been suggested that this session musician played guitar on early Sex Pistols’ tracks. Spedding also played guitar on the Wombles’ hits. What matters most about this story is not that it is true, but that it is plausible. The Sex Pistols were not averse to session musician practices. After his sacking, Glen Matlock was rehired as a session bass player. Steve Jones also had a session musician’s mentality as he laid down layer after layer of guitar for Never Mind the Bollocks and also played the bass.
It is not hard to see why the connections between punk and session musicians have been overlooked. They fly in the face of punk’s DIY ethos. They should not be ignored, however, and we should consider whether doing it for yourself and getting someone else to do it for you really are so different. These networks should also encourage us to rethink the Wombles. Are they the missing link between glam rock and punk? 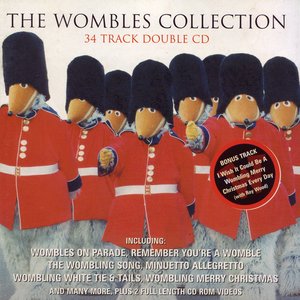 Posted by Richard Osborne at 15:39 No comments: 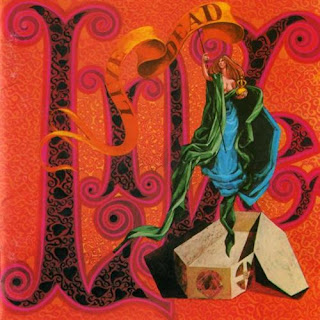 Live music is called live music for a reason. It wishes to imply that its opponent – recorded music – is dead. The use of the term ‘live’ to describe a performance that is ‘heard or watched at the time of its occurrence’ only arose in the 1930s. Musicians’ unions promoted this usage vigourously, as they campaigned hard to ‘keep music live’. They targetted recorded music, describing it as a ‘grave threat’, a ‘serious danger’ and an ‘ever-present menace’. Their great fear was that records would take the place of performing musicians: ‘The musician may well become extinct and music may cease to be written’.
To a certain extent their terminology was appropriate. The term ‘record’ has preservative connotations. To record is to embalm sounds that would otherwise pass. Death haunted the earliest phonographic reveries. The first article about sound recording declared, ‘certainly nothing can be conceived more likely to create the profoundest of sensations, to arouse the liveliest of human emotions, than once more to hear the familiar voices of the dead’. Thomas Edison, the inventor of sound recording, promised an epitaph that would last through the ages: ‘This tongueless, toothless instrument, without larynx or pharynx, mimics your tones, speaks with your voice, utters your words: and, centuries after you have crumbled into dust, may repeat every idle thought, every fond fancy, every vain word’.
And yet the promotion of the term ‘live music’ has been more duplicitous than first appears. By the 1930s records were very much seen as living things. This is because Edison was a liar. His original tinfoil recordings lasted days rather than centuries; they were destroyed when they were removed from the phonograph. Shellac and vinyl offered improvements upon this format, but they too proved susceptible to ageing processes. Consequently, the preservative function of records was downplayed. In its place came a recording industry that focused on a fast turnover of products. It didn’t want you to keep your records forever. It wanted you to buy new ones.
This had phenomenological ramifications. Records felt alive precisely because you could play them to death. Analogue records aged in step with their owners, acquiring the same scuffs, knocks and dust as they passed through time. Elvis Costello made this point clear in ‘45’, his paean to the 7” single: ‘Every scratch, every click, every heartbeat, every breath that I bless’. This ethos casts the musicians’ unions’ campaigns in a different light. They weren’t attacking records because they thought they were lifeless; they feared them because they are very much alive.
And were they trying to cover up the fact that it is live performance that is morbid? One reason to see an artist in the flesh is to witness them before that flesh withers. This much has become apparent following the rash of popular music deaths this year. How did people respond to the passing of David Bowie and Prince? By boasting that they had seen them when they were alive. Social media was awash with pictures of ticket stubs, as people sought to prove that they were once in the same room as the recently deceased.
The death cult of live performance increases as artists and audiences grow older. There is a sense of chalking musicians off your list before they pass away. It is not only confined to OAP artists, however. One of the reasons why people pay to see unpredictable and doomed performers such as Amy Winehouse and Pete Doherty is in the hope that the artist will die young. The viewer will then be able to speak from the privileged position of having seen them while they fretted their hour on the stage.
Gig-goers are a cruel bunch.
Posted by Richard Osborne at 17:54 No comments:

Like so many people, I have plenty of arguments about punk. Recently, I’ve managed to get two of them off my chest. The first is that, in the UK at least, the commercial zenith of punk happened in 1979, rather than in the fetishised years of 1976-78. I made this point in my Popular Music and Society article about being a school kid in that peak year. The second is that, when it comes to the punk diaspora, the greatest legacy has not come from the leading British bands of the late 1970s, or from the CBGB’s punk of seventies New York. The continuing punk lifestyle and ethos instead owes more to anarcho punk bands, such as Crass and Flux of Pink Indians, who arose to prominence in the UK in the early 1980s, and hardcore American punk bands, such as Black Flag and Minor Threat, who first recorded slightly later. I arrive at this point in my review of the Subcultures Network’ book Fight Back: Punk, Politics and Resistance, which is in the latest edition of Popular Music. The title of this book also gave me an opportunity to reference the great Stoke-on-Trent punk band, Discharge. Altogether now: ‘We’ve been shit on far too long. Fight the system, fight back!’ 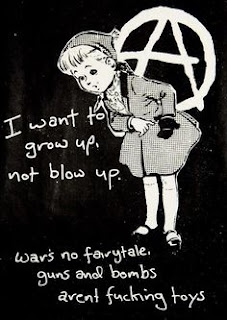 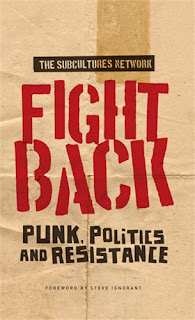 Posted by Richard Osborne at 19:51 No comments: